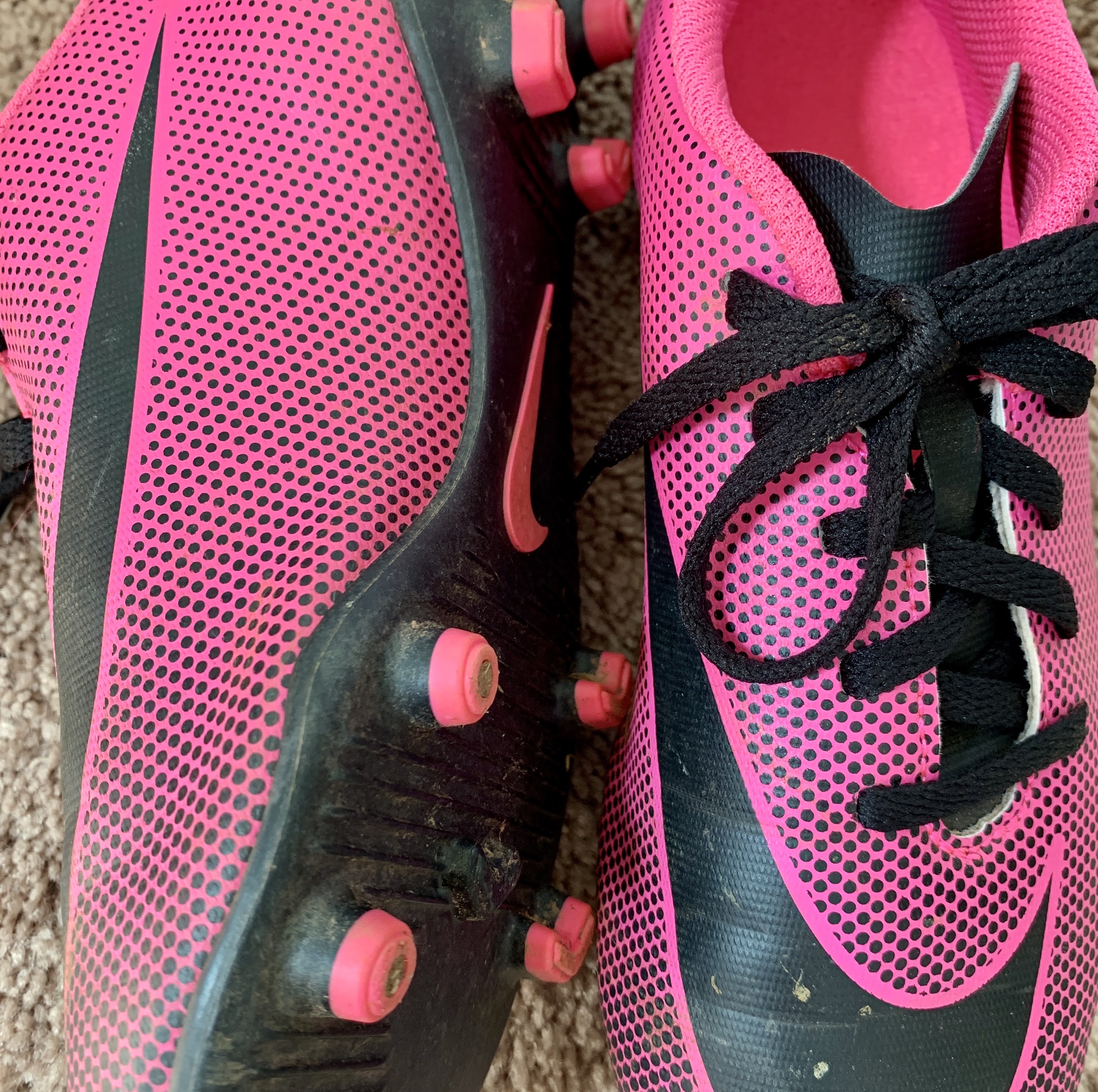 Naomi had a grand total of 3 practices and 1 game. Between rain and covid-19, I’m fairly certain we achieved the shortest soccer season in the history of rec sports. She got a taste…a dabble…a hint of this glorious sport and she loves it. Also pink cleats. Those beauties were a highlight of this short lived adventure. Corra wants to give soccer a go and most likely she’ll inherit the pink cleats and hopefully use them more than her sister got to. Naomi’s league club is adorable and they sent an email saying that play might resume April 12th. I just smirked. A few days later, the governor of NC locked down the state for 30 days. So. Here’s looking at you fall season! or next spring season…I did manage to capture some of the practice and game, back when it was ridiculously cold. My how the world has changed. 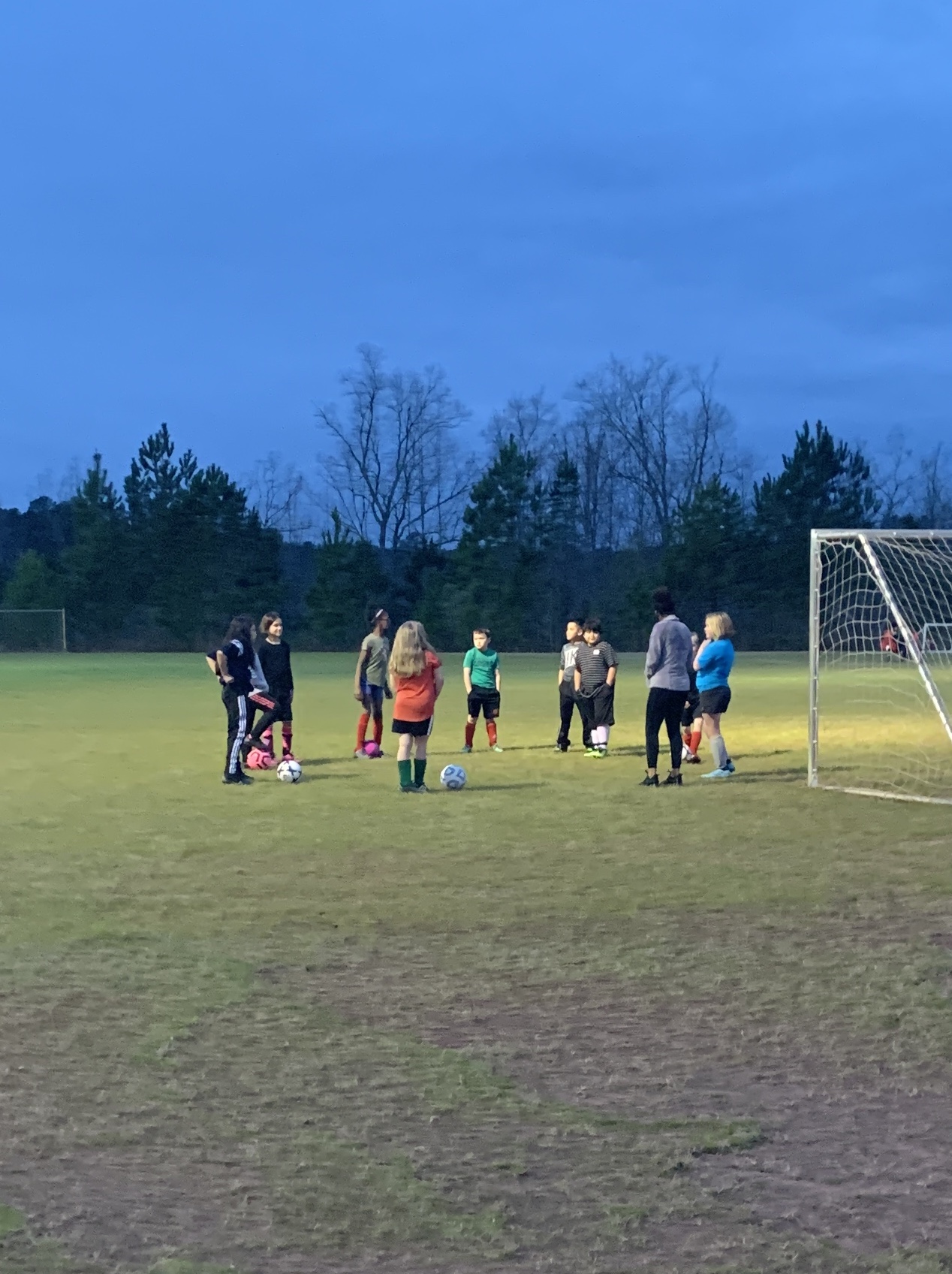 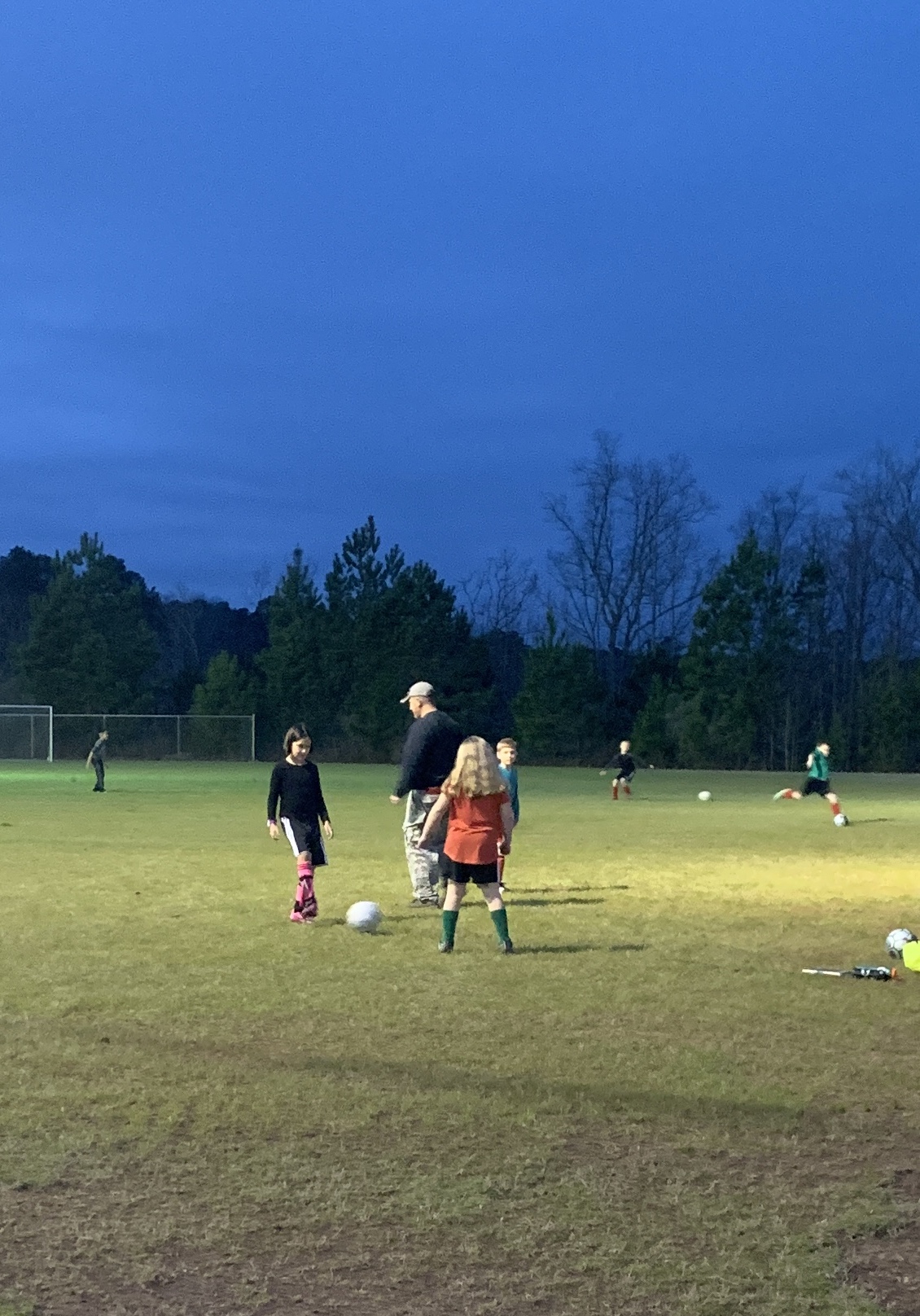 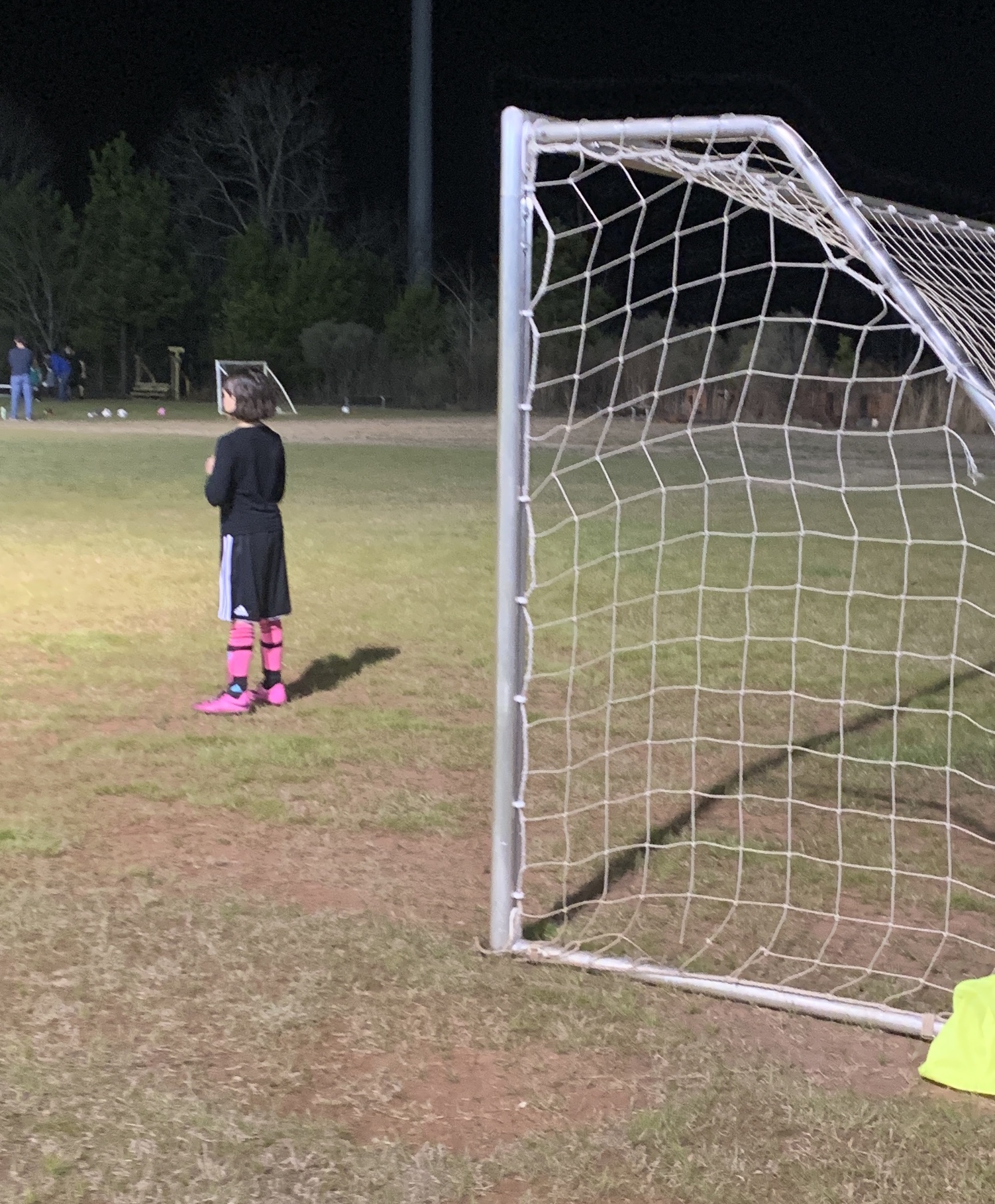 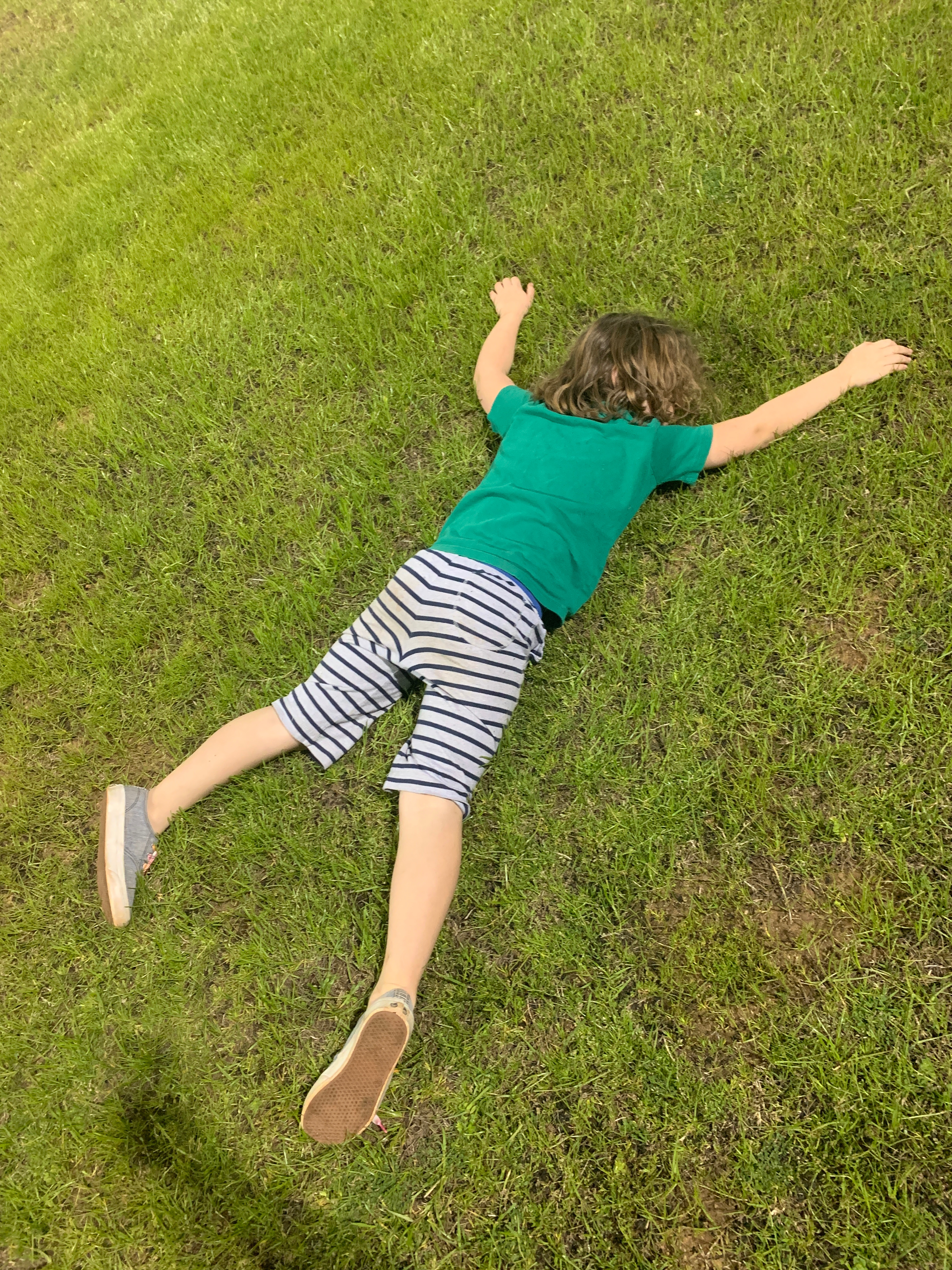 Naomi wasn’t the only one who played hard during practice. Nays also tried out goalie and would be willing to play that again.

Most of the practices were canceled because of inclement weather. But we made it to the first game and watching that first half was the coldest I remember being in a while. It was FREEZING!!! Neil took the other kids to hang out in the van, it was so bad. Garyn and Corra would venture out to play for a few minutes at a time, but Layna refused. As you might recall, Layna doesn’t do cold. Or hot. She really only accepts a temperature range of 70-78 degrees, possibly up to 85 if there is a pool to swim in. 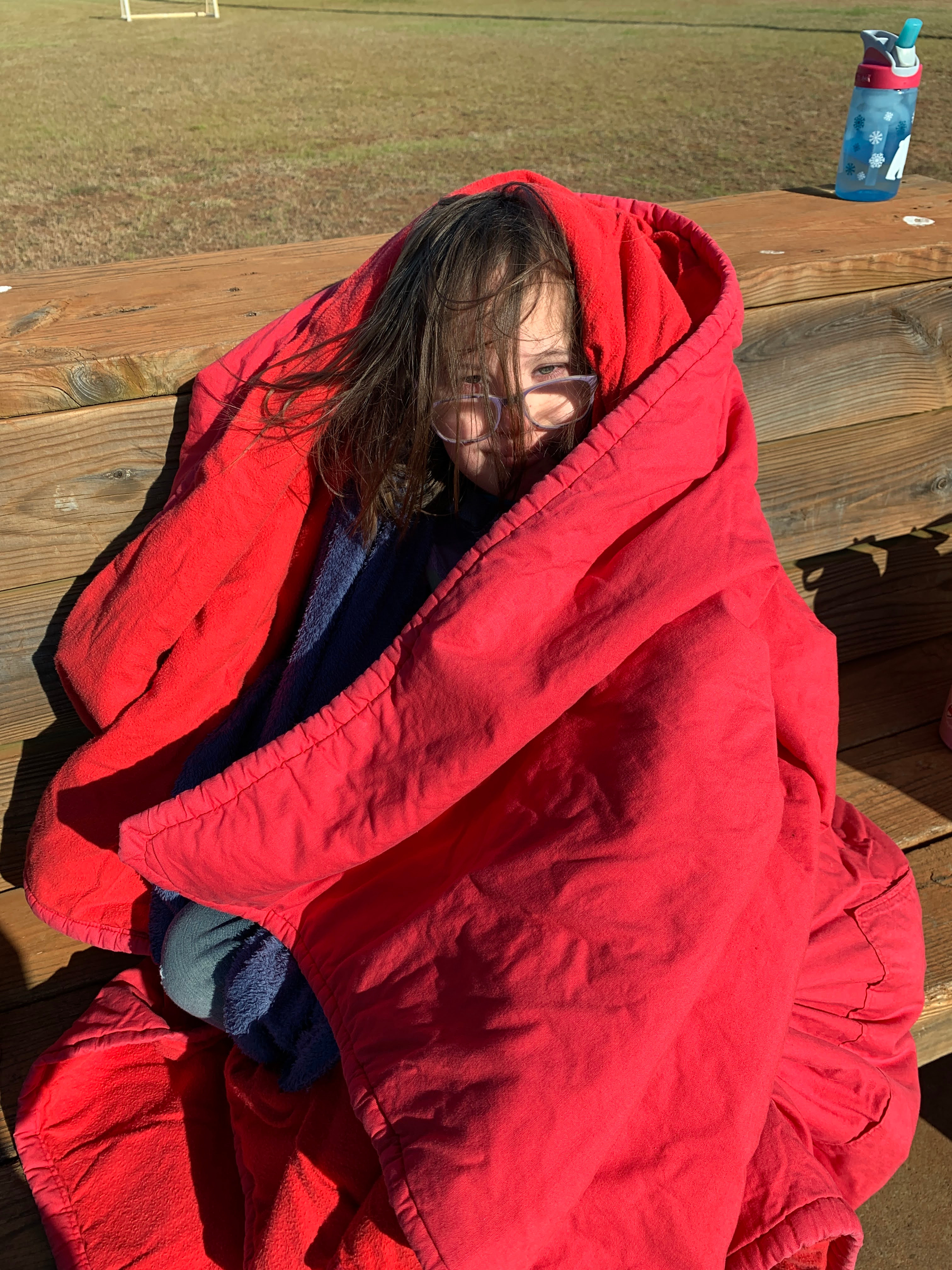 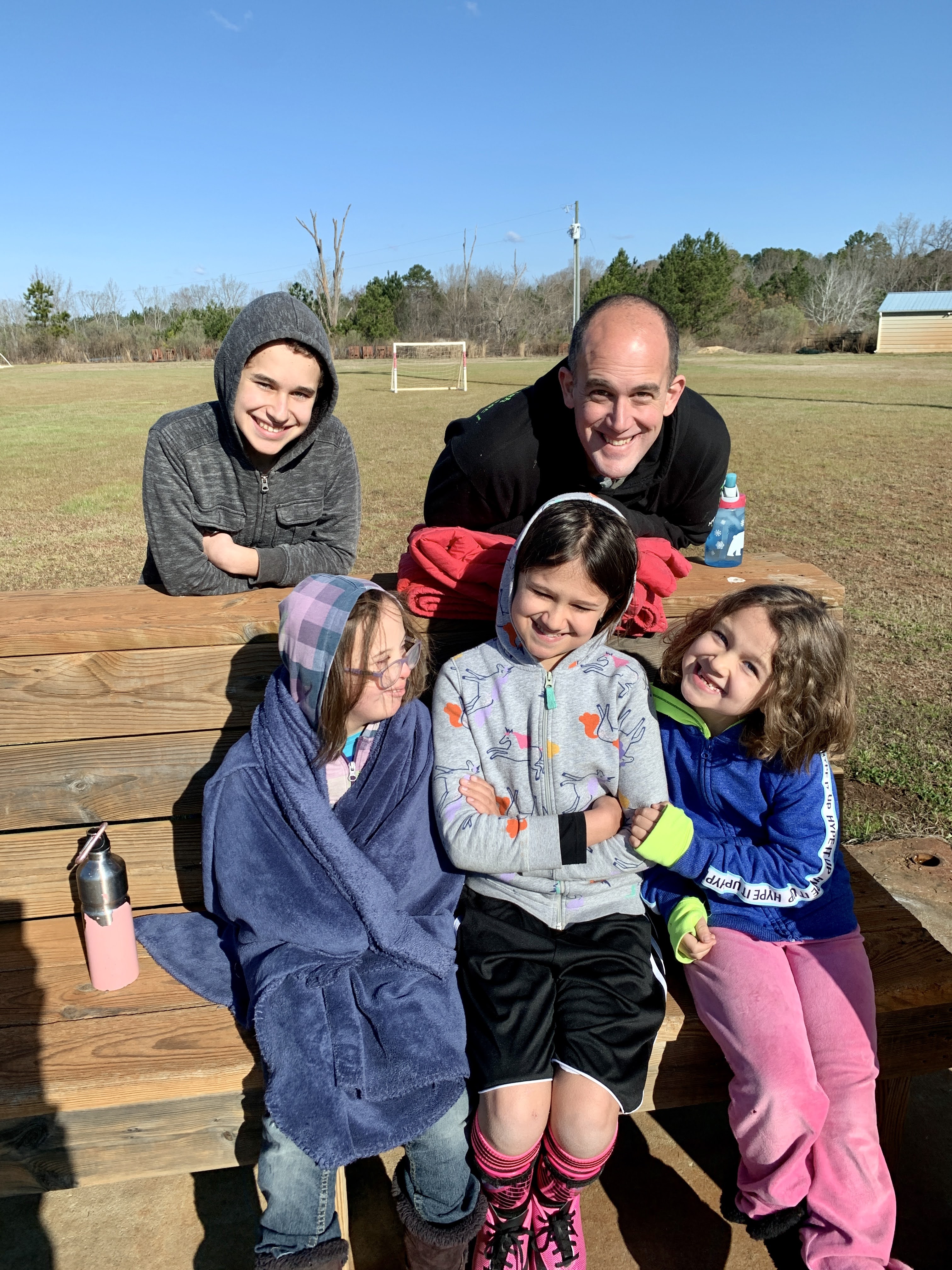 Wrapping Layna in two blankets didn’t cut it. But Naomi was a champ and just rolled with it. 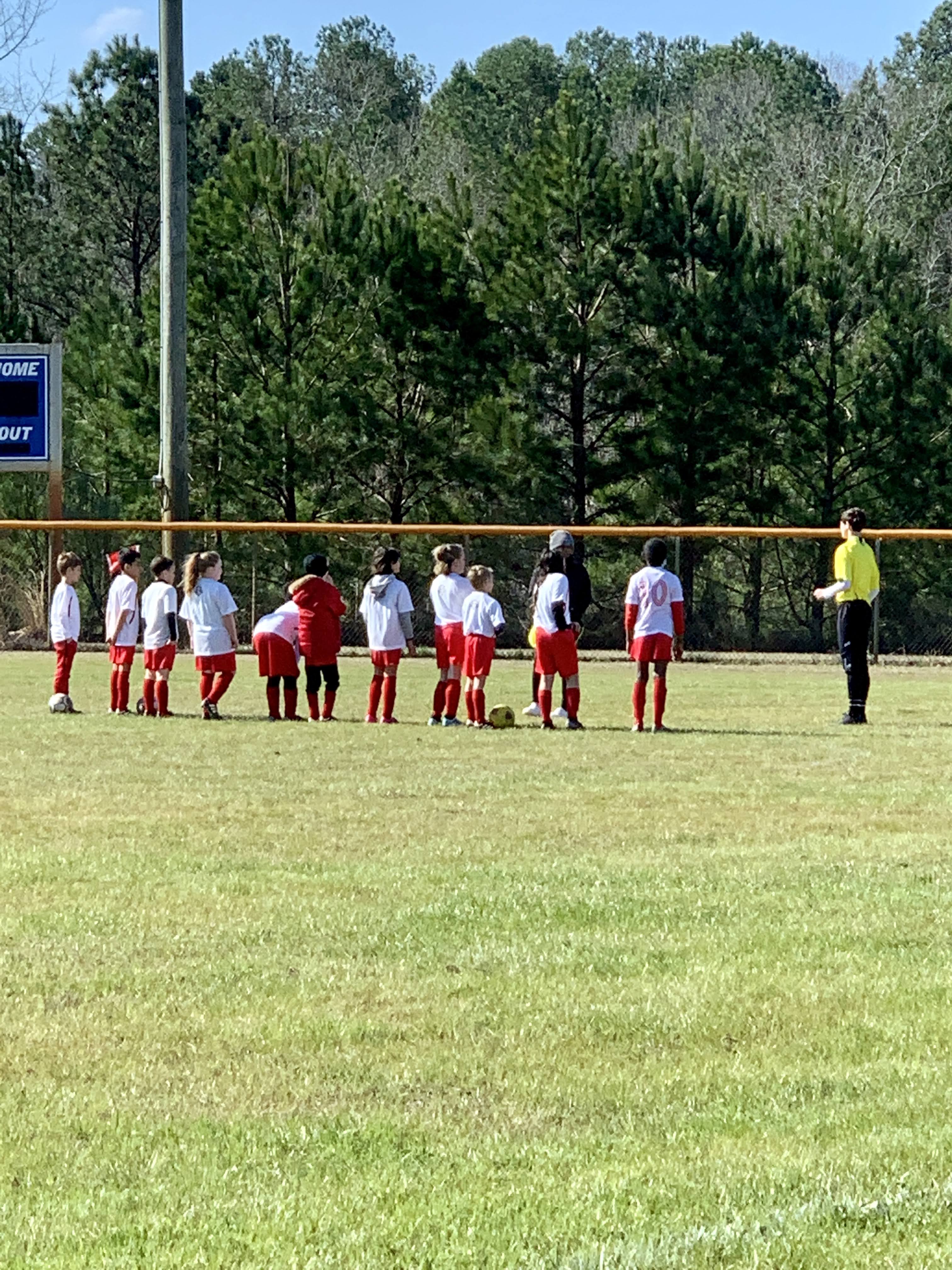 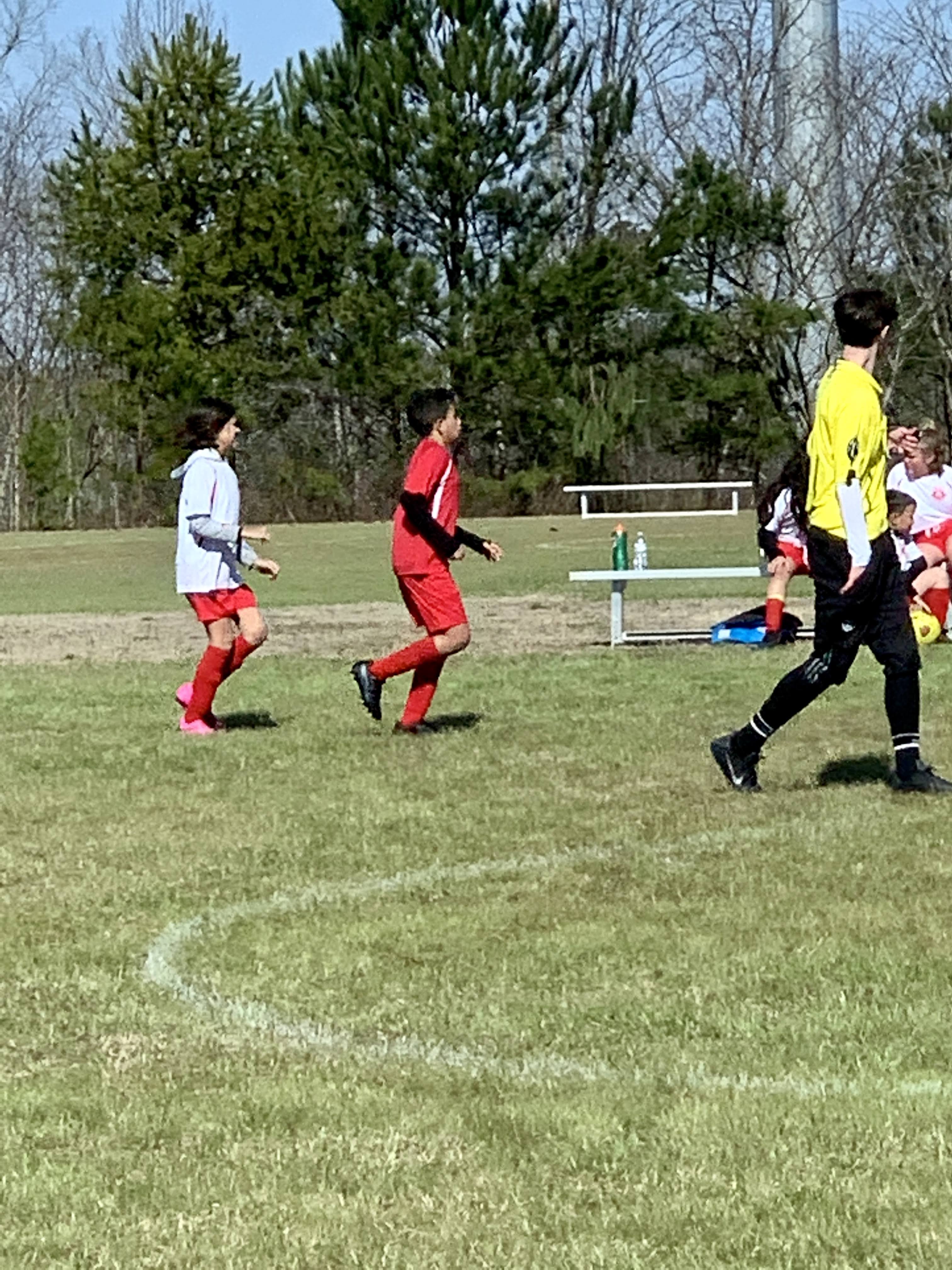 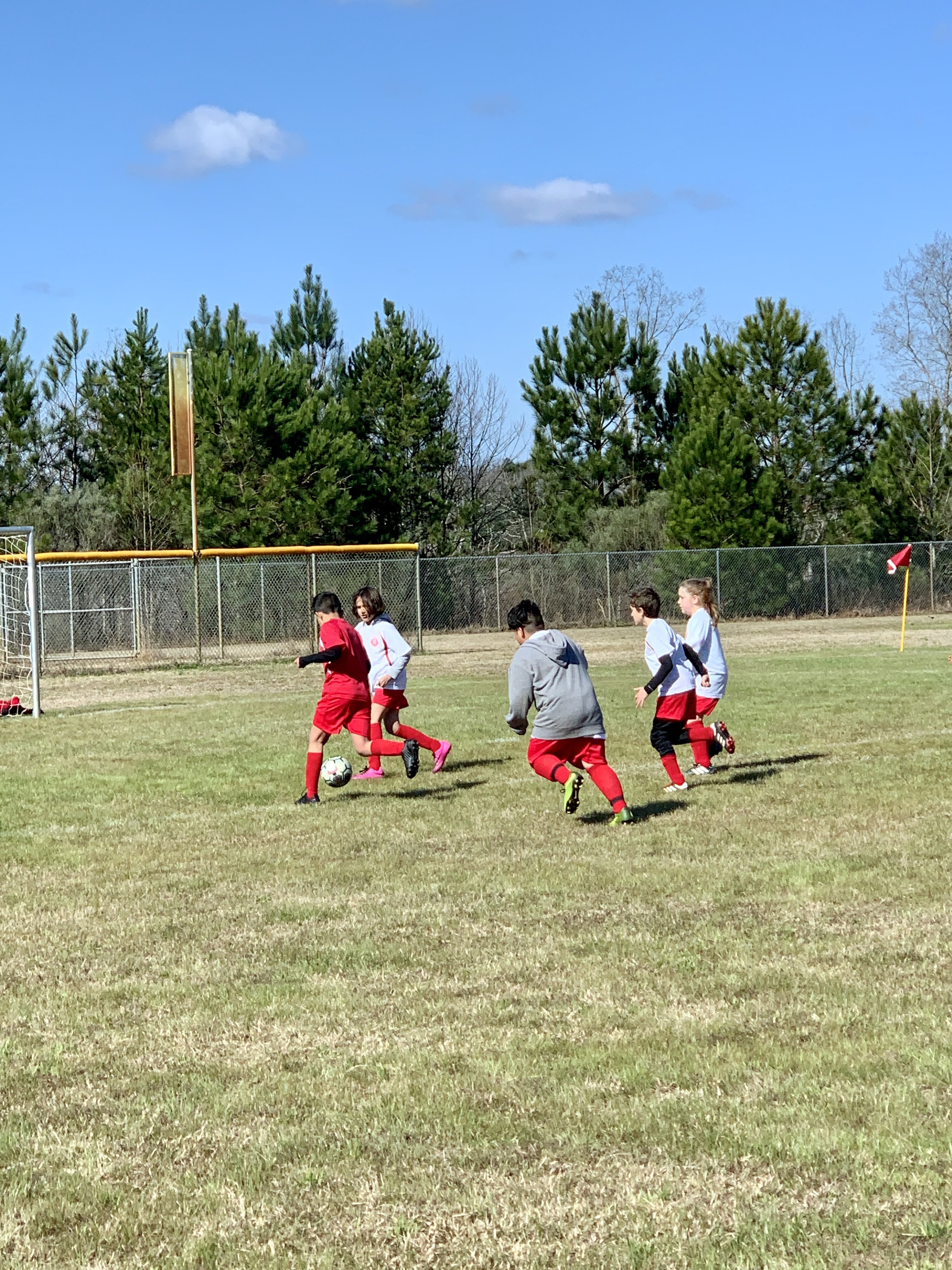 She played a lot (defense the whole time) and we got to have some great discussions after about what different positions are supposed to do. Mostly she had so much fun and hopes to start playing again.

They won the game 5-3, because quite a few kids on her team had played before. She wasn’t the only one completely new to the game though, so it was a nice balance. Socializing with other kids was awesome for her as was the running and physical activity. I’m sad that it got cut short, but at least we know we’ll dive in again as soon as the world goes back to something like normal.