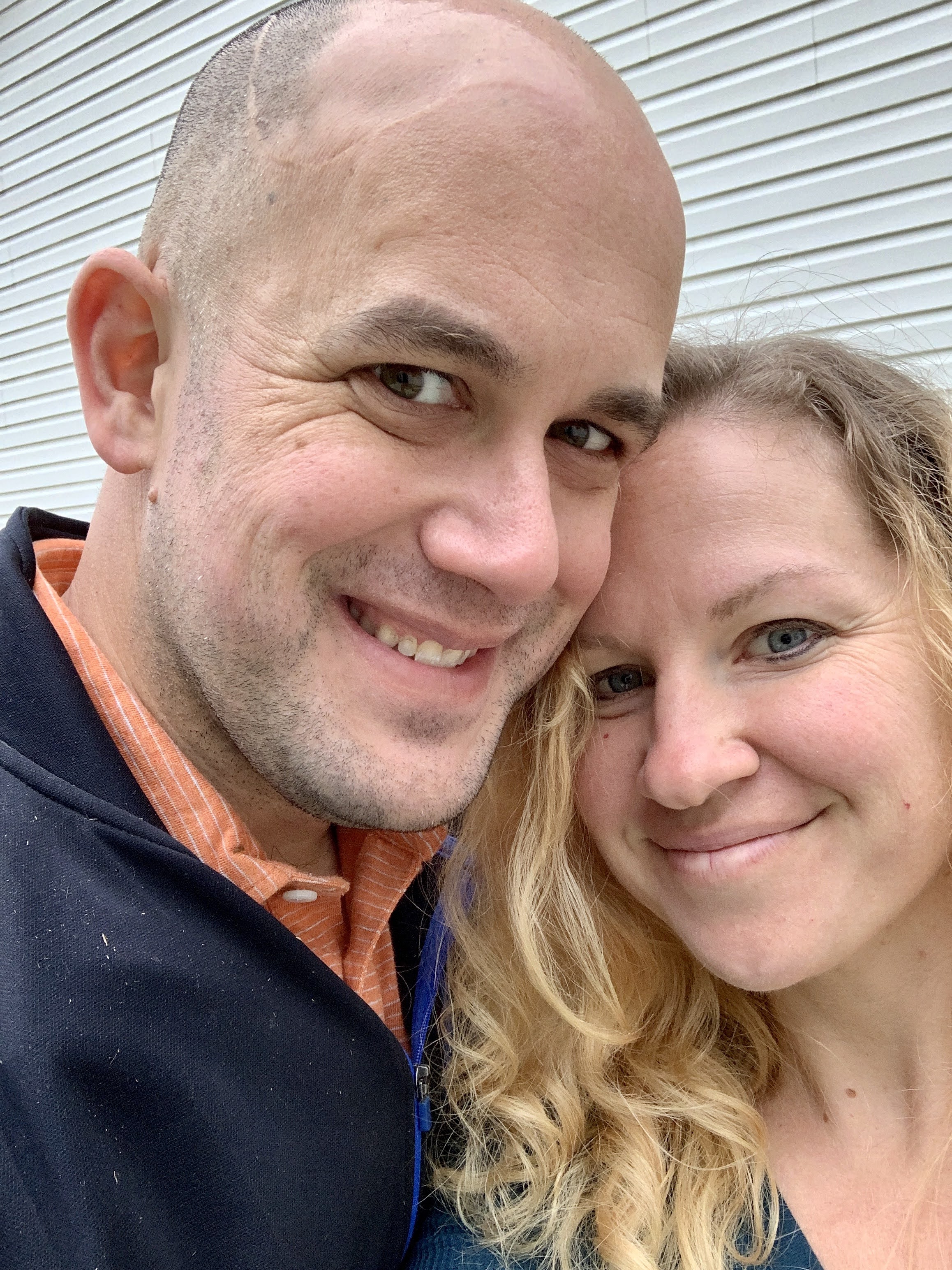 Another trip around the sun with my favorite person on the planet. He turned 37 this year and we celebrated responsibly, at home, with our kids. Because coronavirus. And truth be told, it was really nice. I wish I could have whisked him off on a hot date but there were some really awesome things about his birthday this year.
First item of awesome: Neil recently changed his favorite color from green to orange. This meant that suddenly a whole new world of gift options opened up, saving me from the curse of shopping for the man who never needs/wants anything. 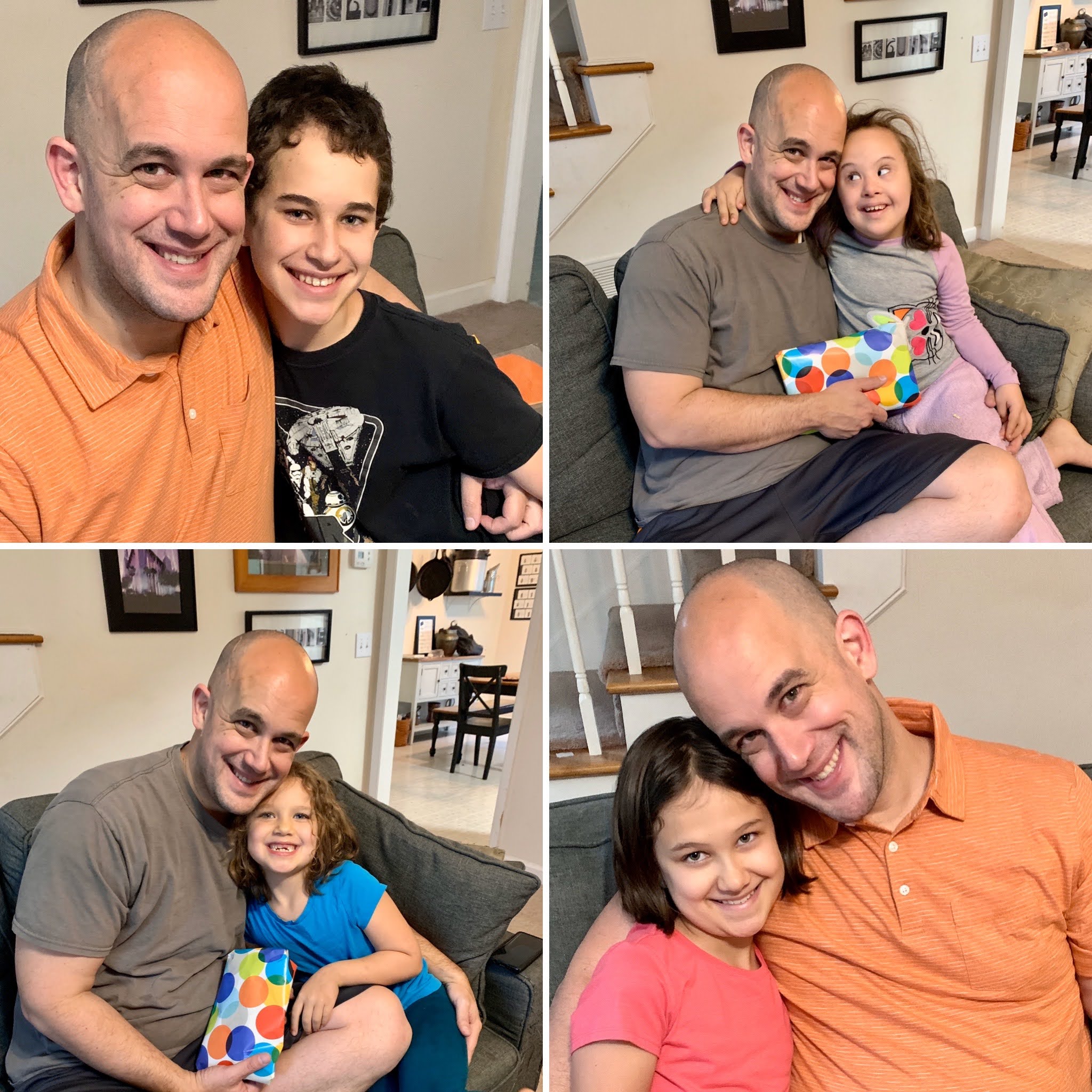 Corra scored him some sweet pajama shorts in caution sign orange. They are also DragonBall Z themed so they have some sort of Japanese character on them. They are truly Epic. (they are pictured below) Layna got him an orange polo, which is good because believe it or not…he’s been working from home for four years and he has yet to work in his jammies. He gets dressed every day. Naomi got him an orange neck tie which he will sport for the first time this upcoming Easter Sunday at our home church service. As an aside, I really need to put together a killer Easter program. Hmmmm. Garyn and I went in on a book together all about some of the science behind the carnivore diet. The little girls were dying to have him open presents so he opened theirs before farm chores and Garyn and Naomi’s after. 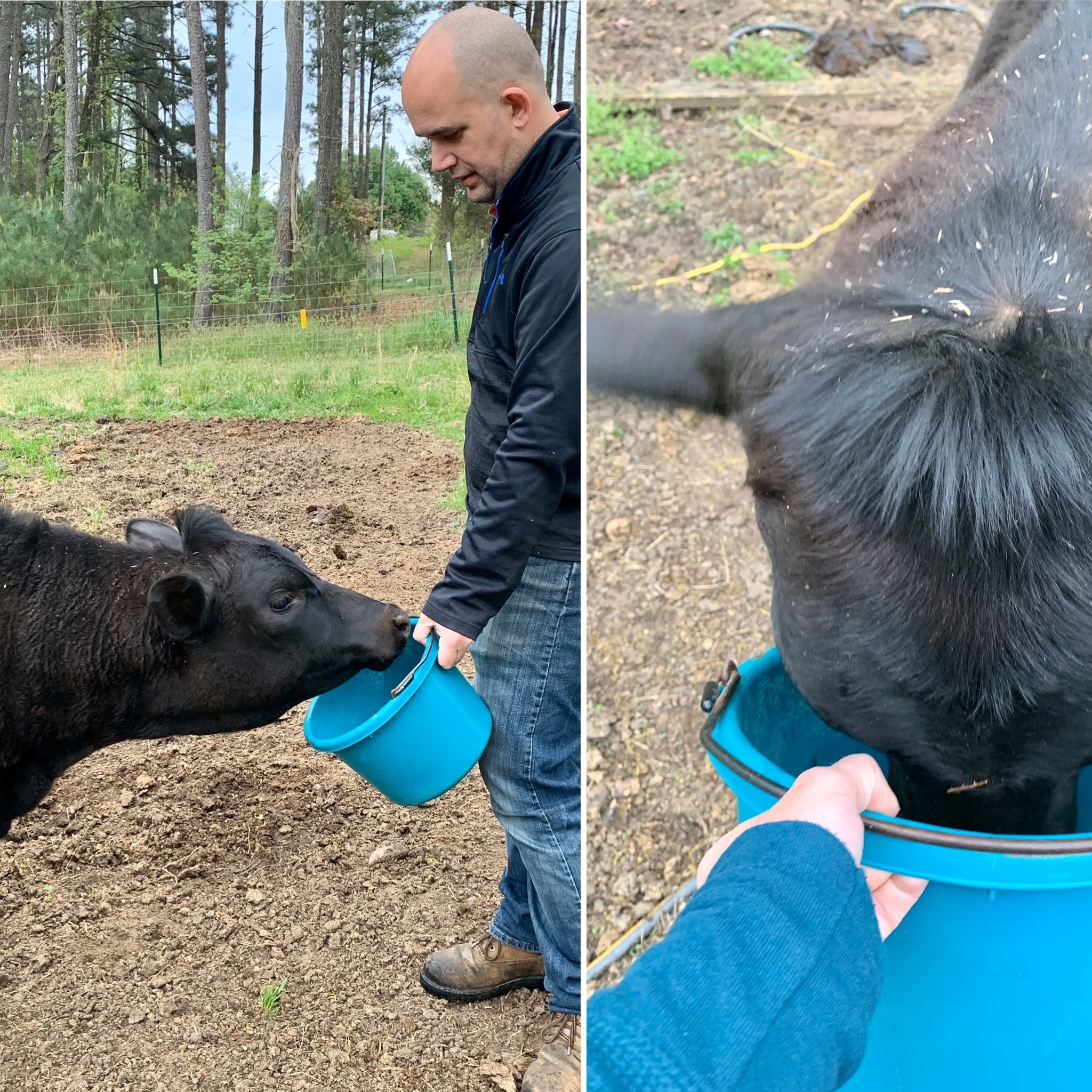 Speaking of farm chores…it may have been his birthday but our baby cow still likes me best. She sniffed the bucket of grain when he was holding it but attacked it when I was holding it. Yup, feeling a bit smug. 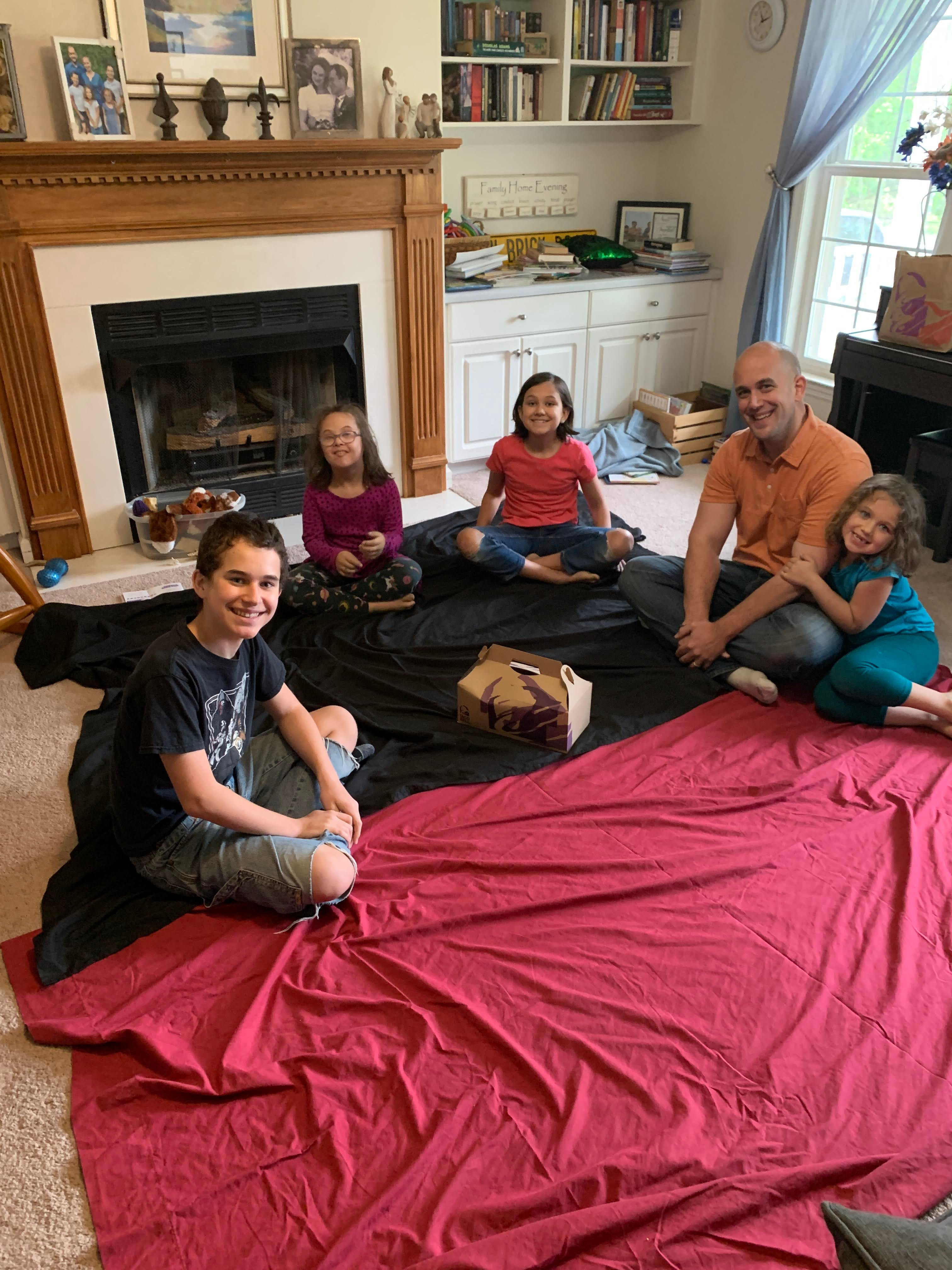 Lunch was second item of awesome: somehow Neil found out that Taco Bell was giving away free tacos on his birthday (I never even found out the reason) but we piled the kids in the van to go on an outing. We brought it home and had a picnic in the front room because there was a massive dragon poster that had been painted but wasn’t dry yet on our kitchen table. That’s a whole ‘nother story. 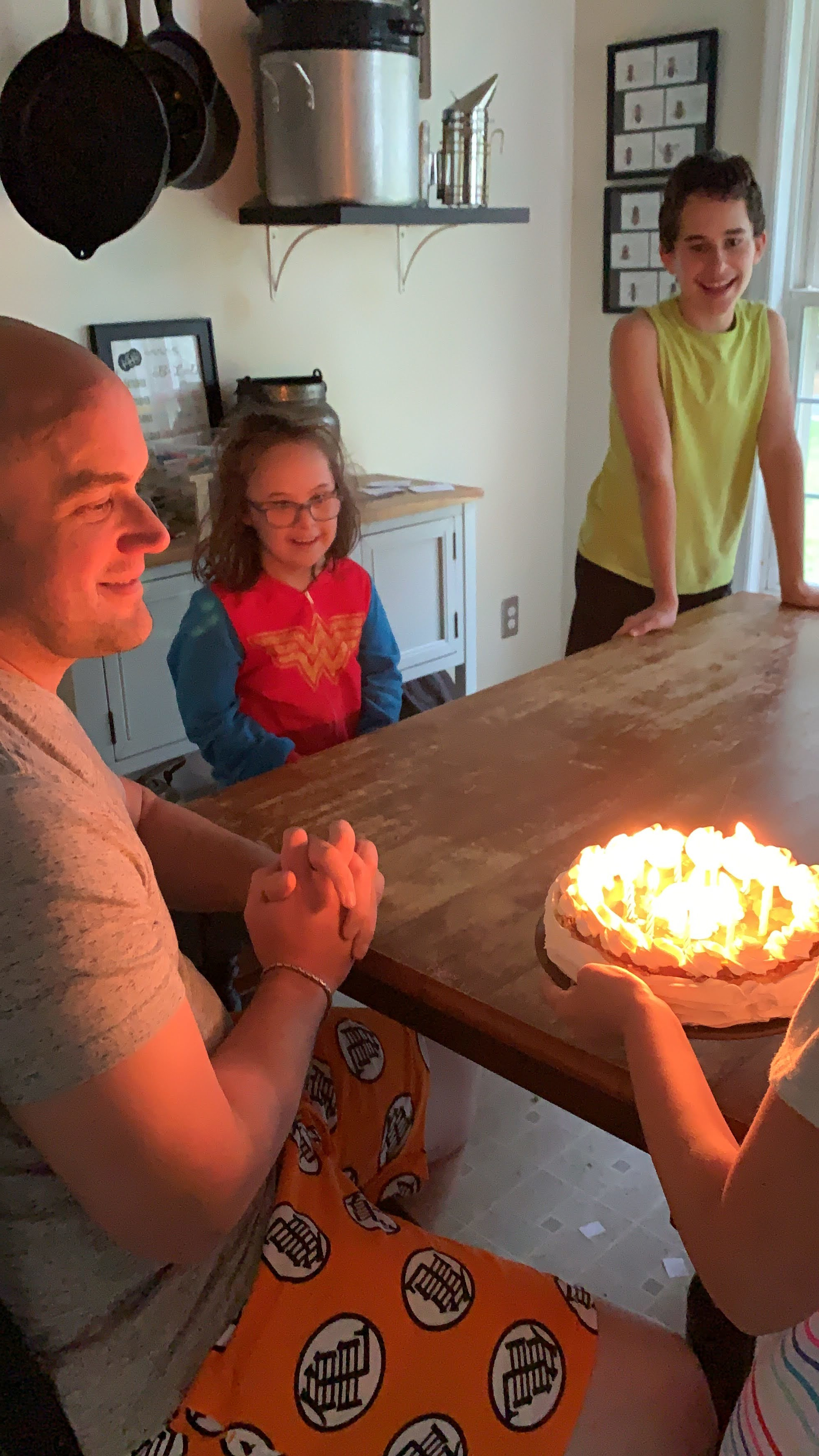 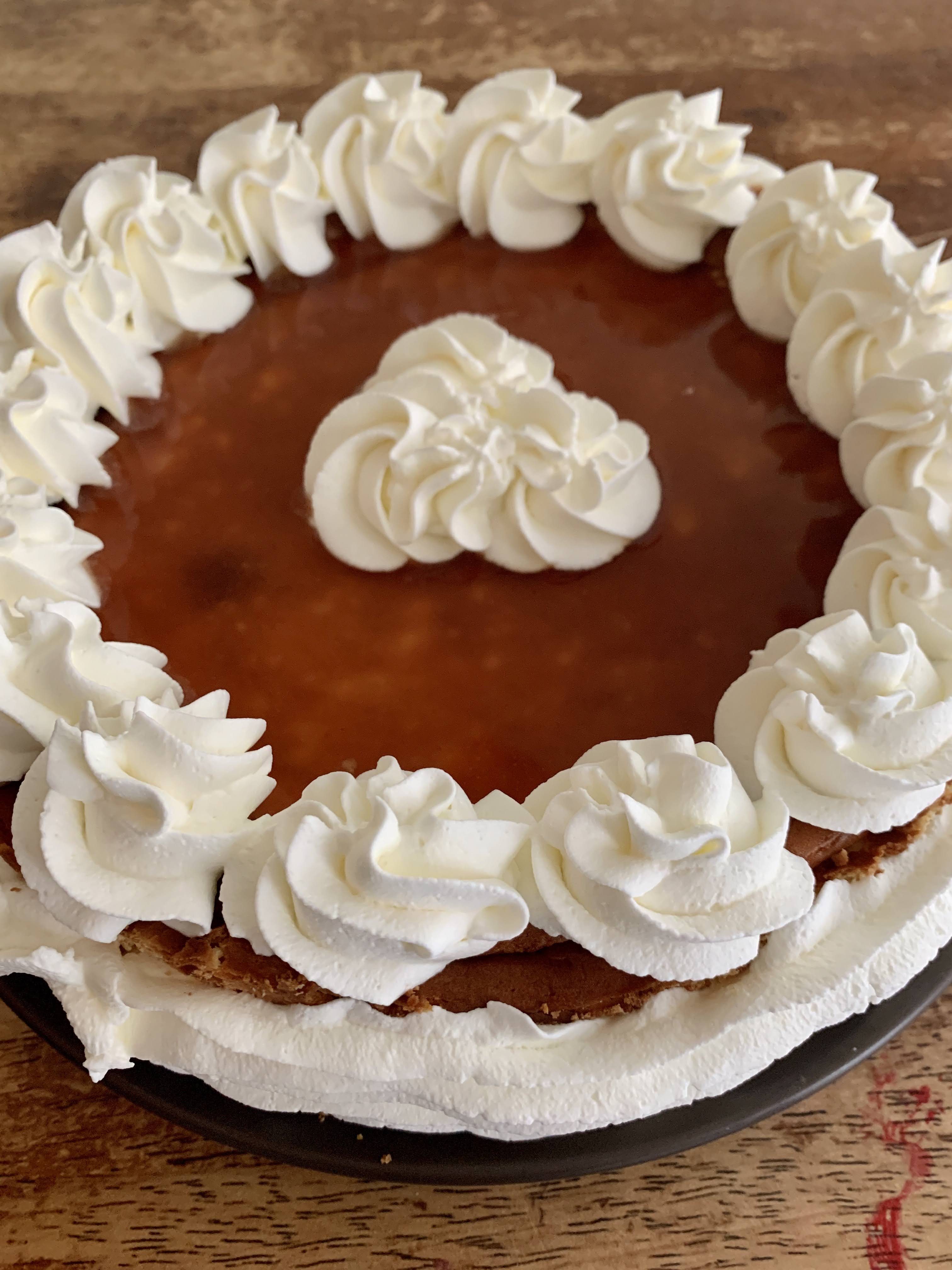 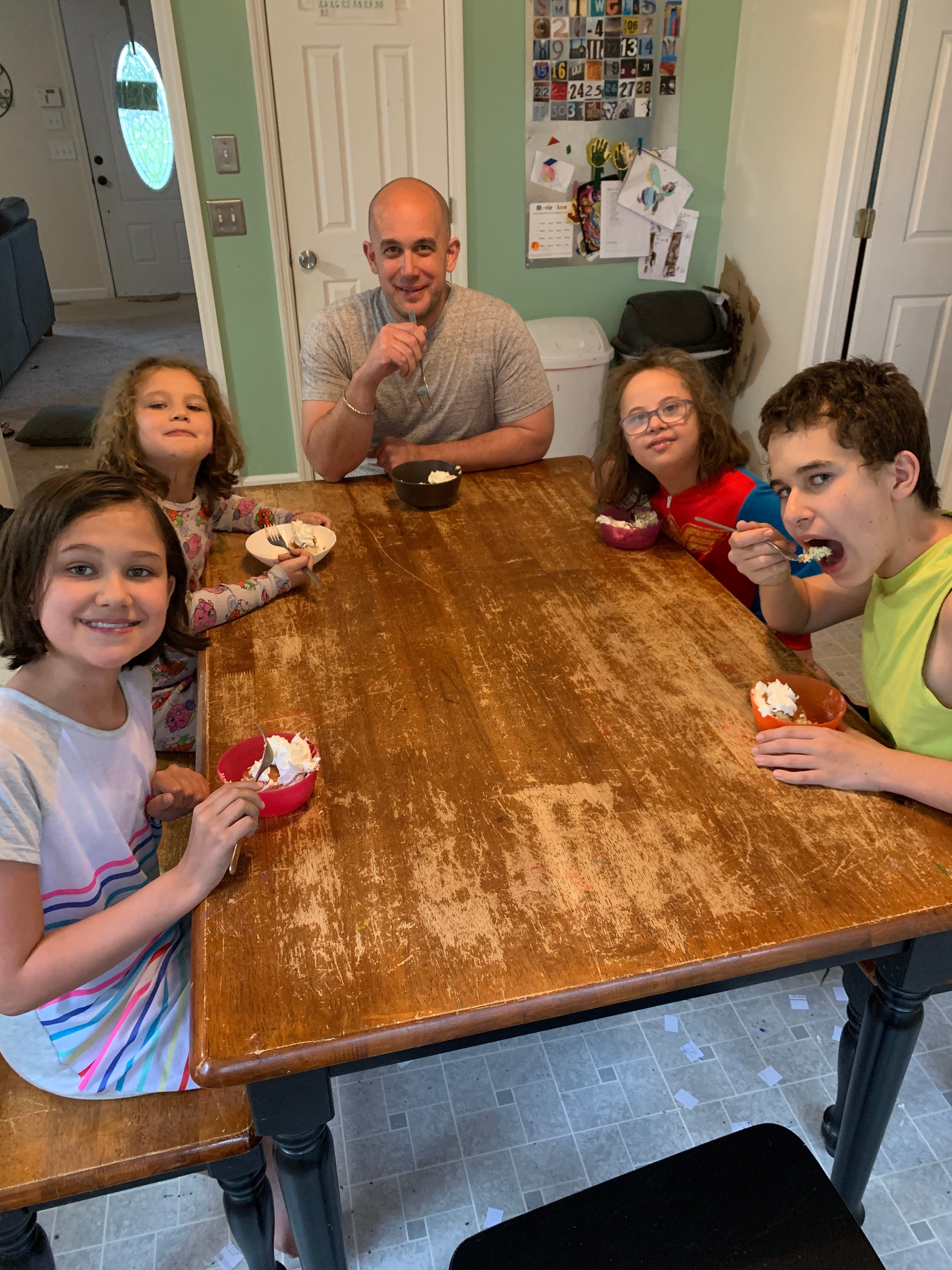 Birthday cakes are decidedly un-carnivore. But crust-less cheesecakes? Well, they generate just enough gray area to be permissible. It was delicious, if I do say so myself. Whipped cream stabilized with gelatin makes a really fun decorating medium and much lighter alternative to frosting. I’ll probably request the exact same dessert for my birthday. Third item of awesome = check.

This guy makes everything in my world click into place. I love him, and I’m thankful that he’s all mine for a great many more birthdays to come.