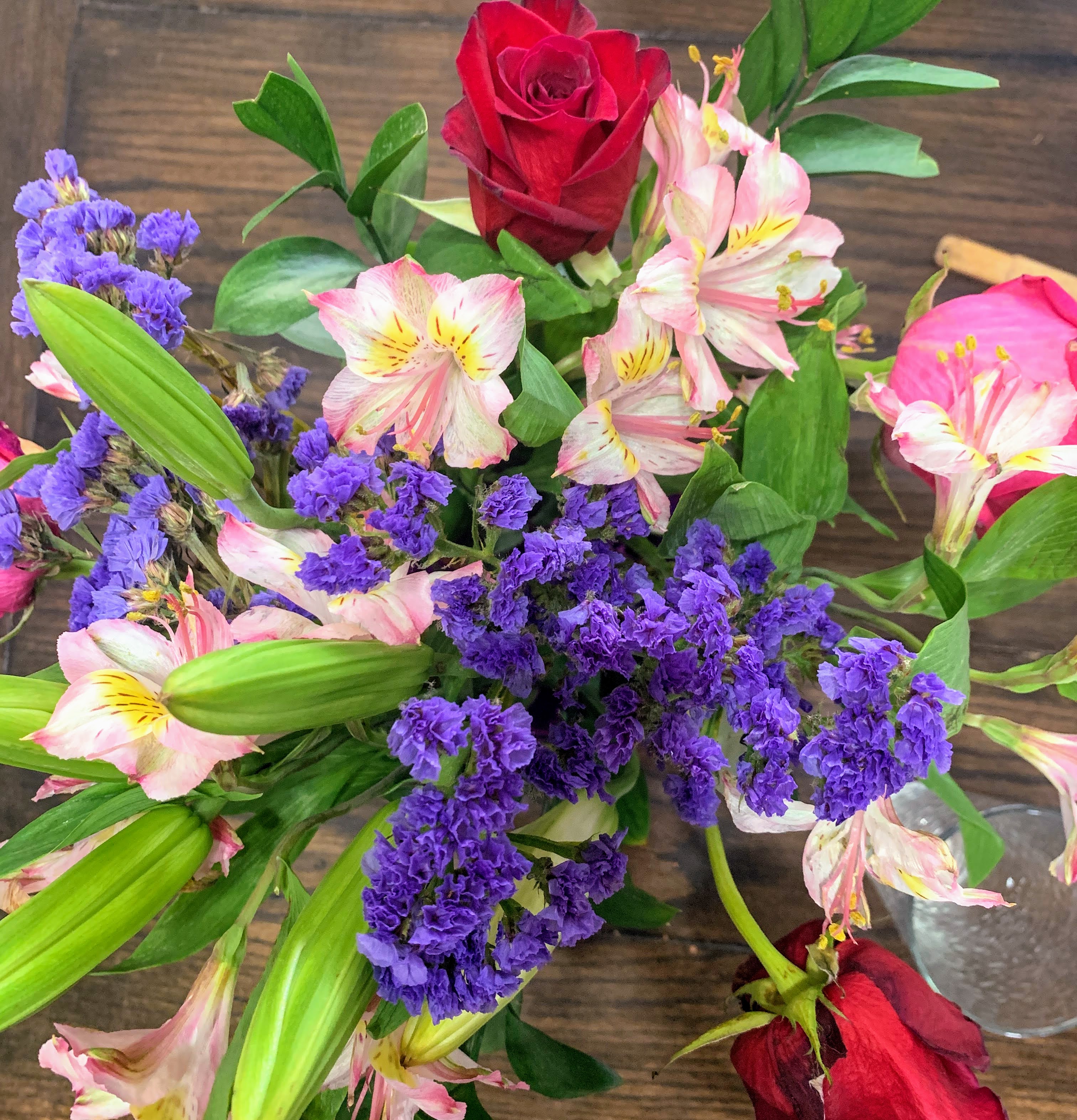 Did you know there are other worthy holidays in February? I’m not knocking Valentine’s Day like some people do…I love it! Neil bought me these beautiful flowers (still waiting for the lillies to open) and it’s a super easy and fun theme for our home school day.
I’m just saying that there are other fun themes to embrace this month. Historically we have been staunch celebrator’s of Groundhog’s Day. However, this year The Chinese New Year fell the day before Groundhog’s Day and Phil got a little bit eclipsed. We are studying China this month and it was too perfect. The year of the Tiger was welcomed in style and 2 weeks later we had hearts and pink and probably too much chocolate. 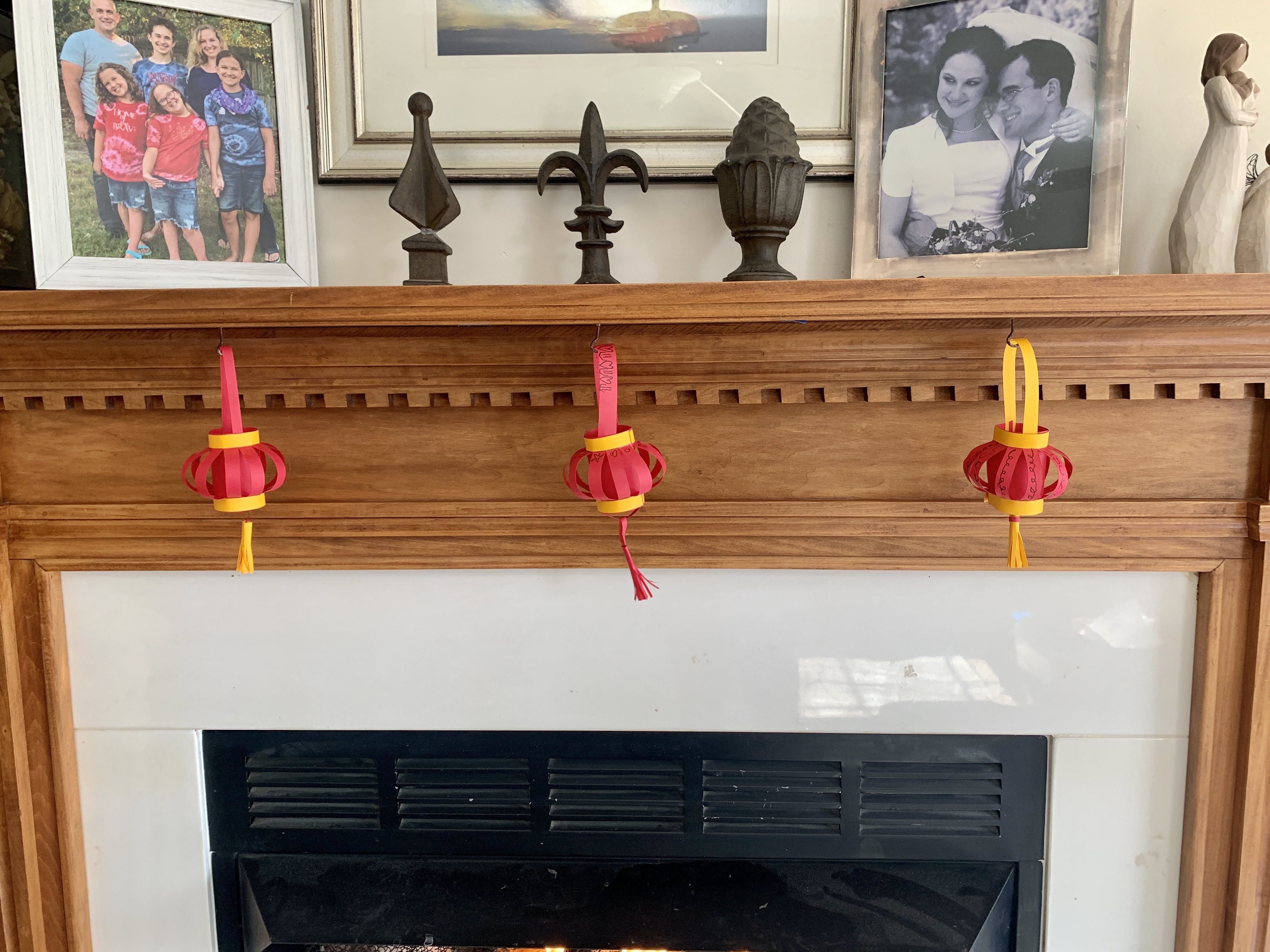 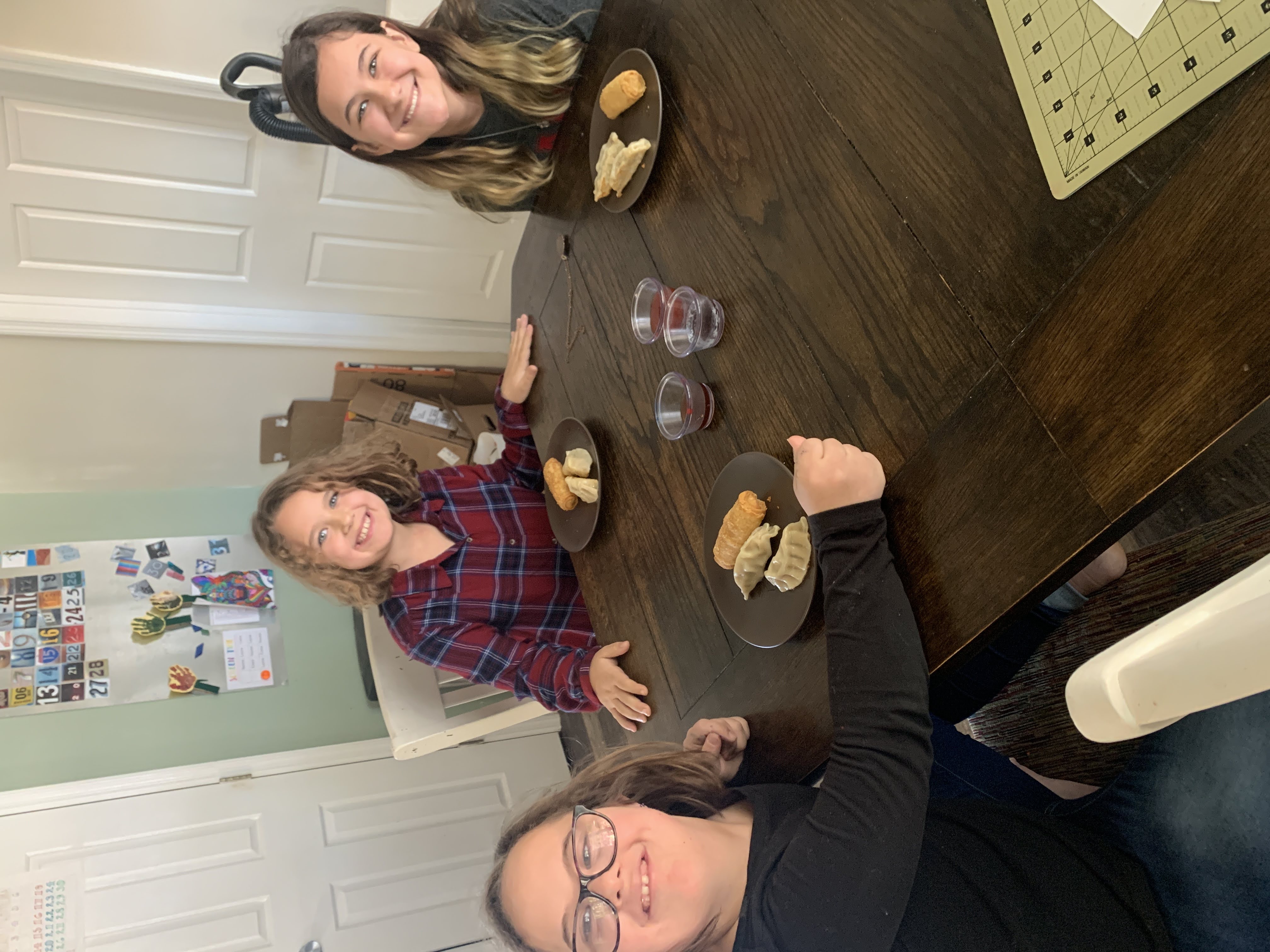 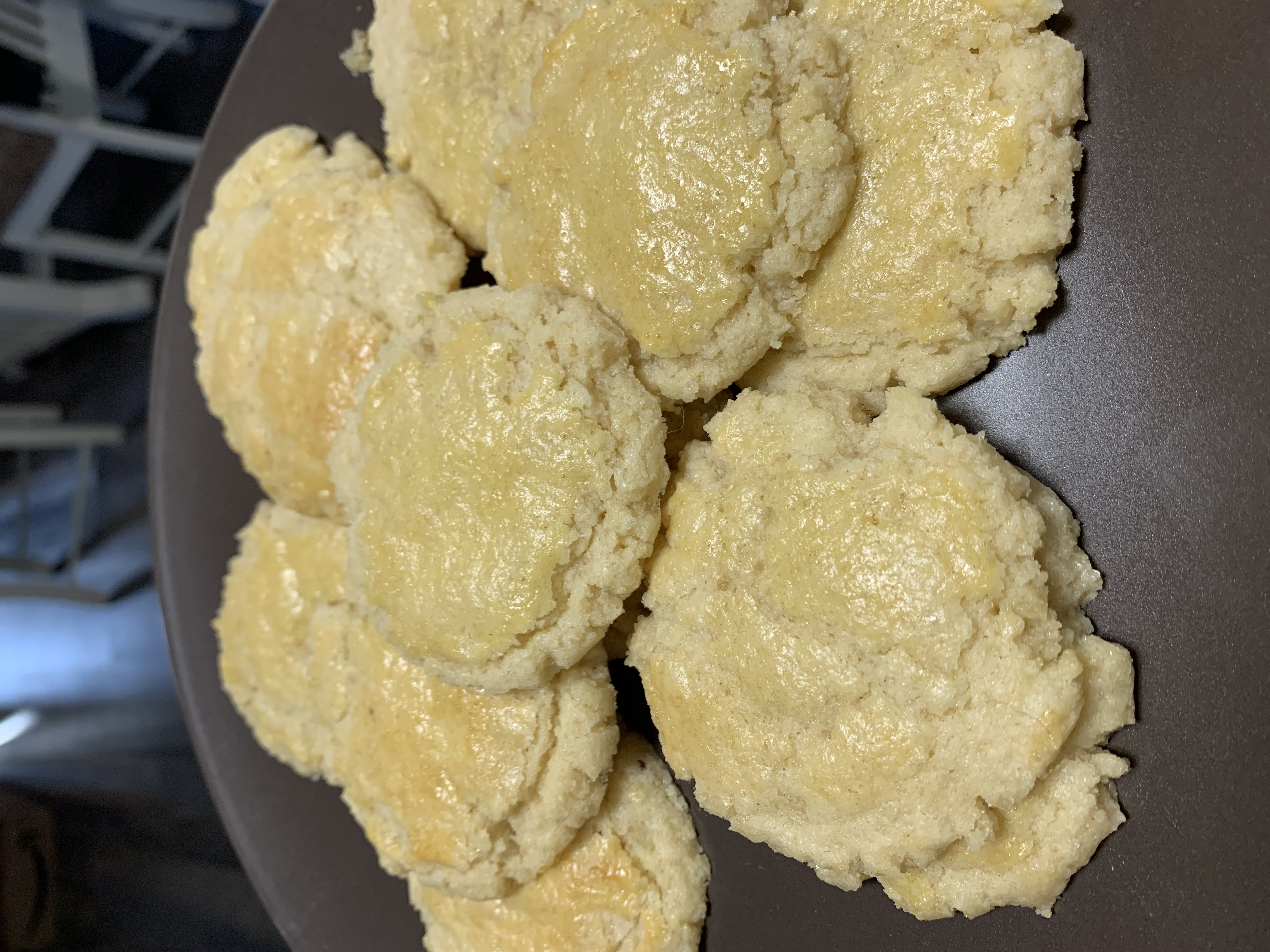 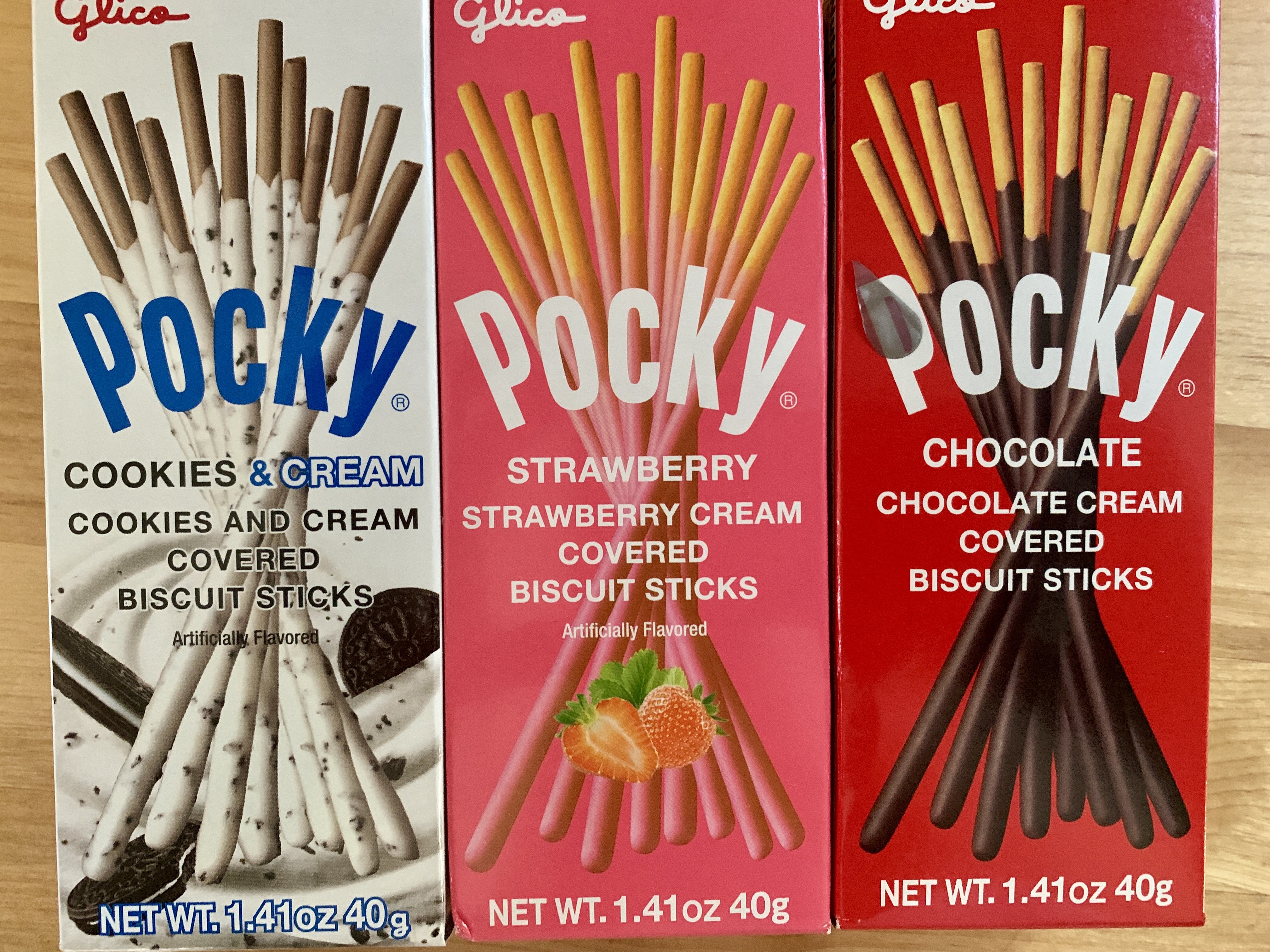 I didn’t take pictures of our New Year’s wishes in traditional red envelopes or the epic tiger pictures we colored. But nevermind that…The lunch of egg rolls and potstickers and dinner of orange chicken and rice was a hit (American Chinese is close enough). The Pocky and Almond cookies were tasty (Pocky is more of a Japanese thing, and almond cookies solidly American Chinese, not even pretending to be authentic). Side note: Corra categorically hates almonds so ours are missing the traditional sliced almond decoration. She doesn’t have beef with almond extract, so the taste was spot on. We had so much fun talking about all the things you are not supposed to do to avoid inviting bad luck. Hilarity ensued. 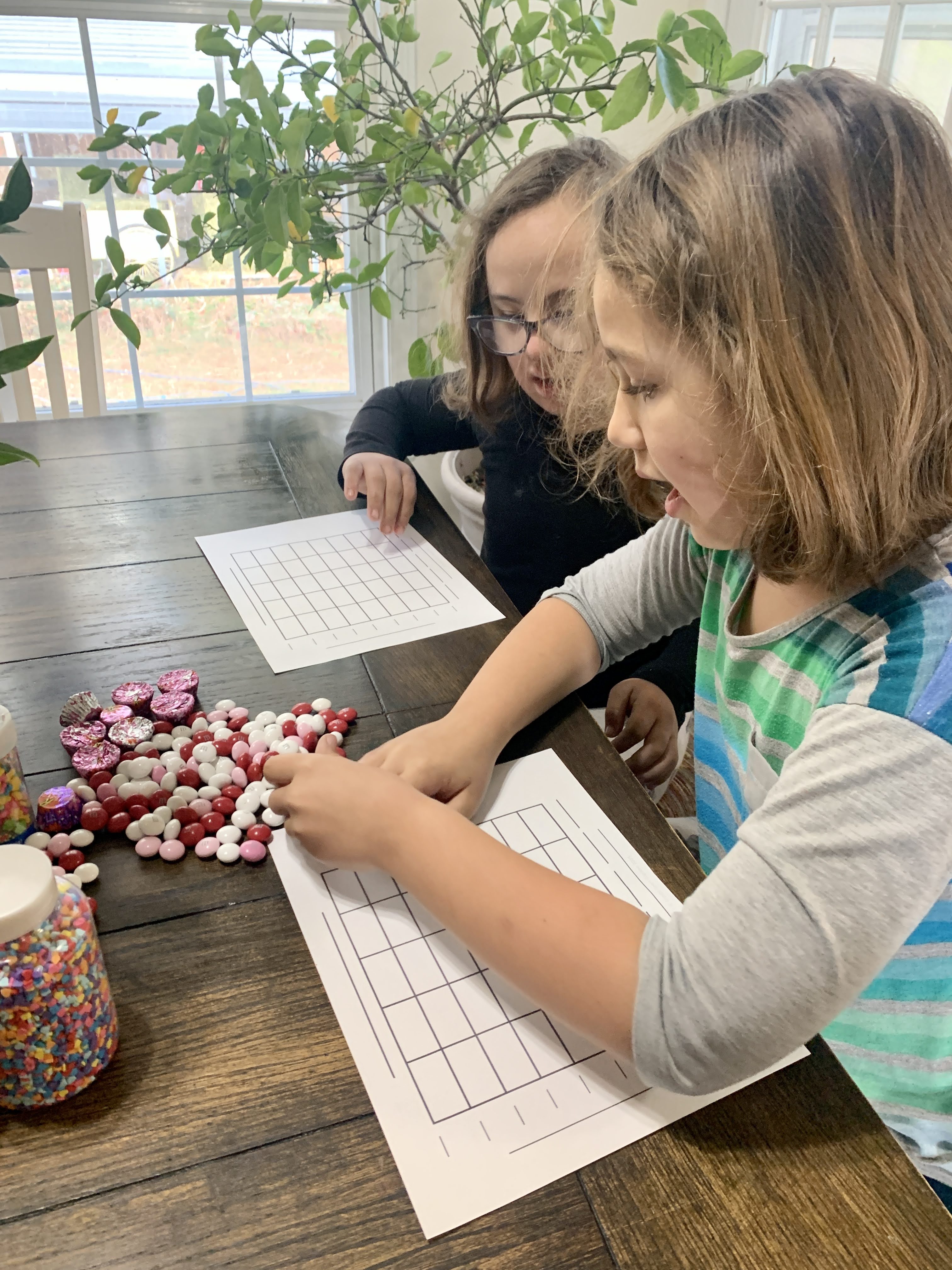 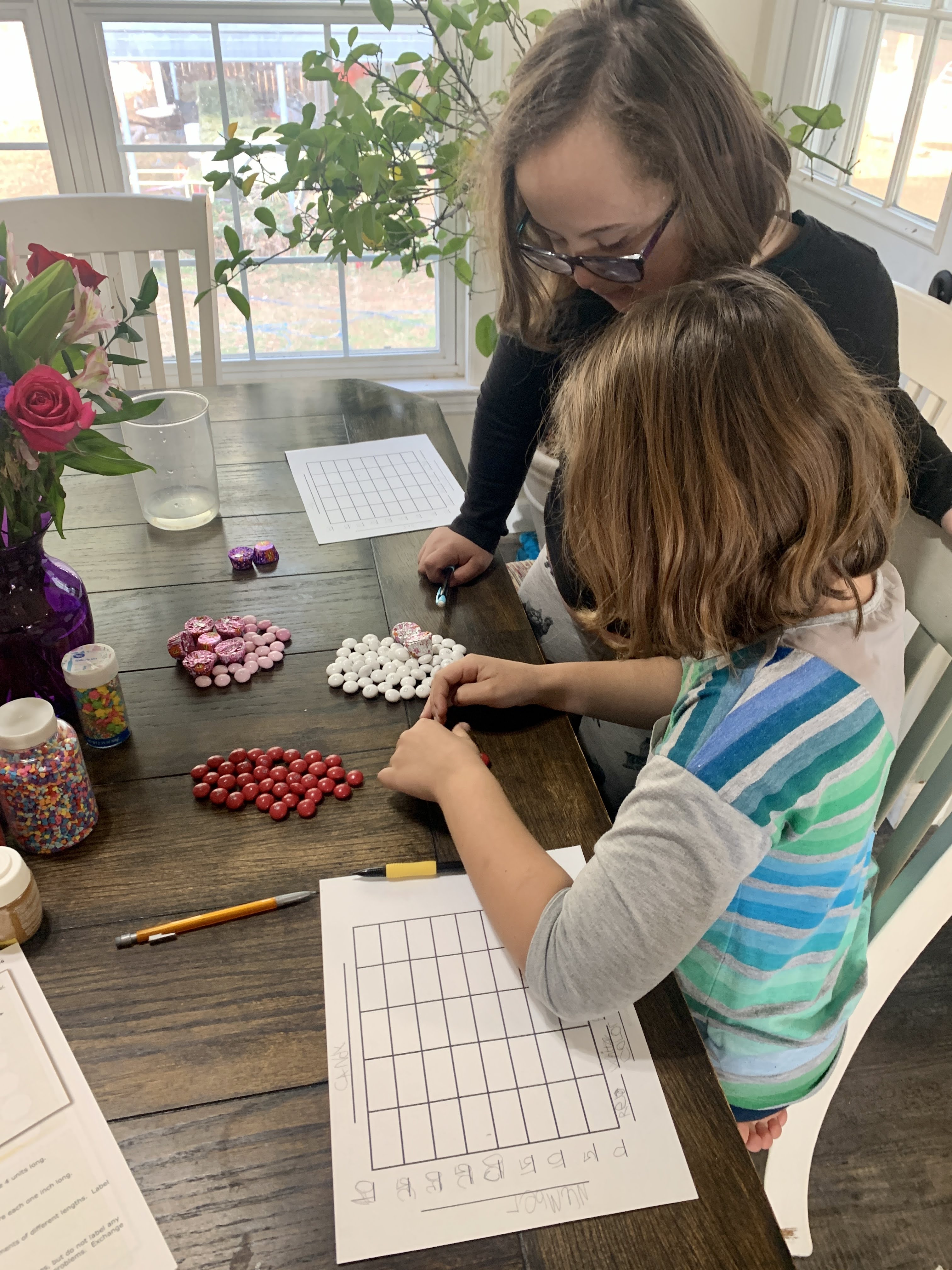 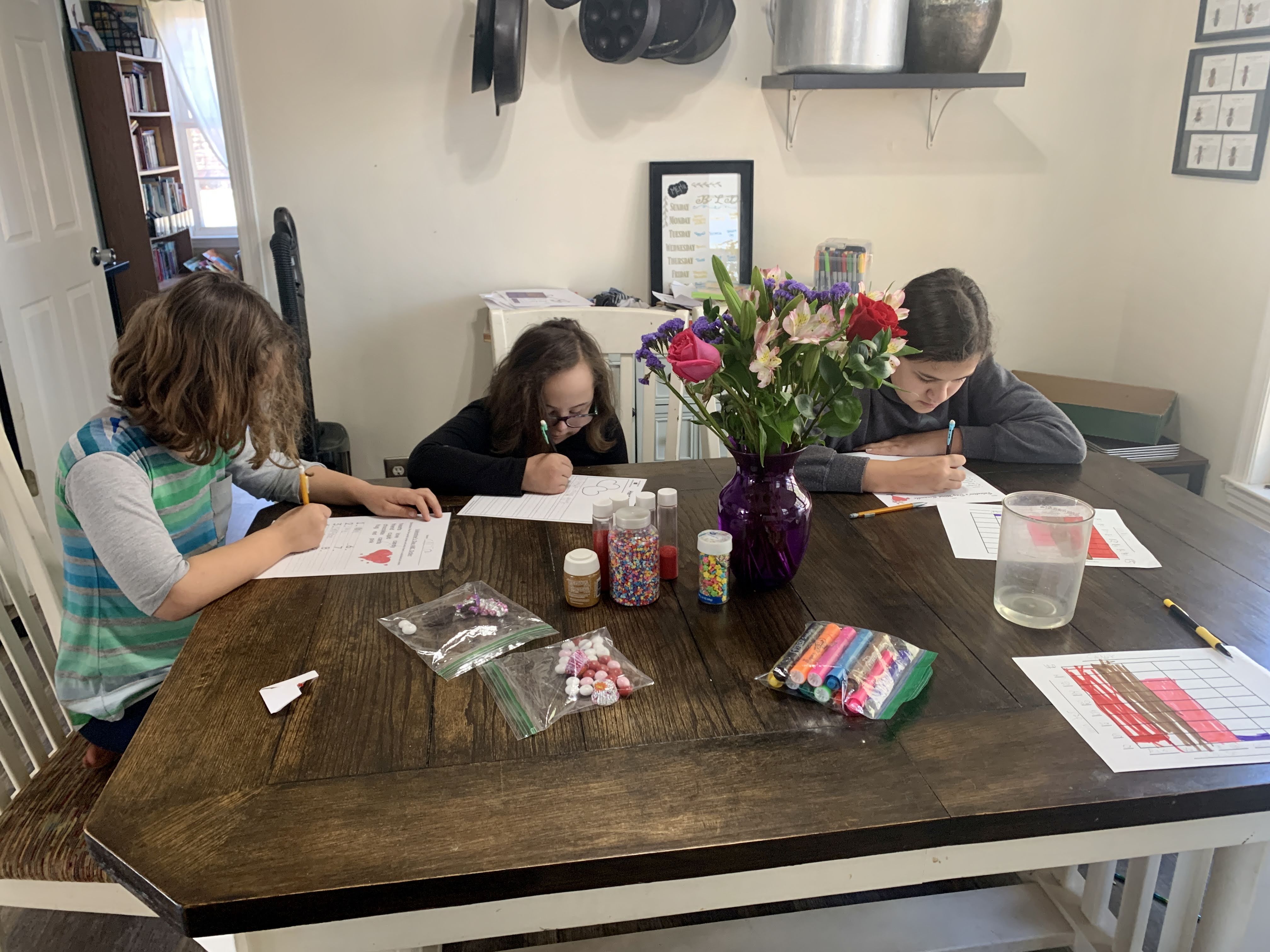 Little girls did graphing practice with Black Forest M&M’s. Yes, that’s a thing, and no, they aren’t terrible at all. Last year Naomi focused more intensively on writing and language arts. This year math is the more formal focus. Neil has stepped in to be her official tutor and it’s going well. She is good at math, she just doesn’t love it as much as crafting and writing. We made candy melt suckers that were perfect glitter/sprinkle delivery devices, and we ended the school day with Naomi graciously opening up her hair salon for nails and fancy up-dos. Meals this time round were actually kind of boring, but we did bust out mini-heart-shaped-strawberry cheesecakes. I wasn’t a complete slouch, culinary-ily speaking.
These holidays felt solidly accomplished despite not getting to all of the things I had planned. Progress is being made on that front, by the way. Focusing on the wins and the things we do joyfully and letting go of the master plan is hard for me sometimes…but I am getting better. So much better.
I do wish we could have made Mom valentines. She was my holiday-loving guru, after all.